As a company we contribute to YoungMinds, a national charity that is committed to improving the wellbeing and mental health of our children and young people and empowering their parents and carers. For more details of what they do please visit their website at http://www.youngminds.org.uk

Our director Sophie Arnold ran in the London Marathon 2011 and raised over £7k for YoungMinds. We also give to Oxfam and Shelter and our staff have raised money for Cancer Research, Macmillan Nurses, the British Heart Foundation and have run in a number of Races for Life.

Tom Grant grew up with his family just outside Wells in the village of Dulcote. He went from competing in the Pony Club to Young Riders and then on to apprentice with Pippa Funnell and William Fox-Pitt - two of our most successful international event riders. For the last five years, Tom has operated out of his yard just outside Malmesbury as a full time professional event rider. He has a number of private and corporate owners from The Mynde Park Estate, Mark Scott Arenas to The Stevenson Bros rocking horses and Sandersons UK.

We have supported Tom for some years and are proud of our association with him. Follow us on Facebook for more updates on their progress. 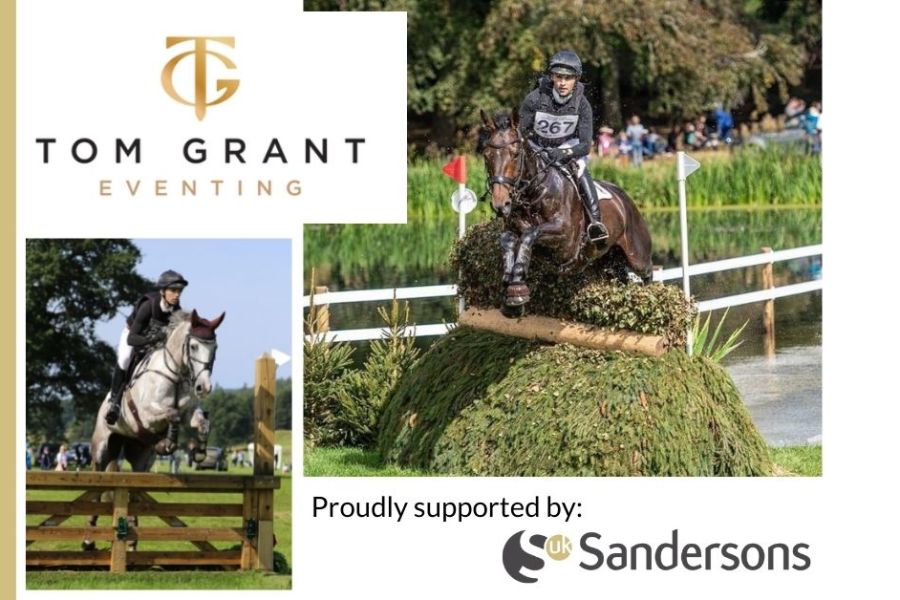 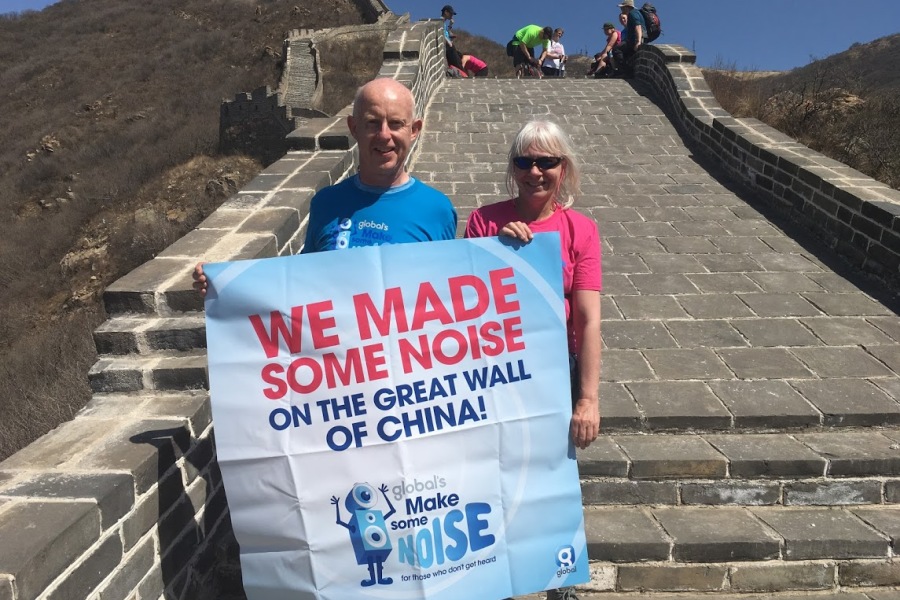 In April 2017, John, our Business Development Manager, and his wife Julie, trekked 60 kms of the Great Wall of China to raise money for Global's Make Some Noise (GMSN), a charity which supports small local charities up and down the country to help disadvantaged young people. A total of 60 people took part in the challenge, which involved trekking 5 different areas of the Great Wall, each containing some exceptionally steep and uneven sections. Beautiful, sunny weather remained with the group throughout the 5 days, providing them with spectacular views of this iconic monument and the surrounding scenery.

John and Julie had to raise £6,000 in sponsorship, and found the fundraising almost as challenging as the walk itself! But they broke it down by organising various events, including a Quiz Evening, a competition to win a holiday in the French Alps, providing Bed & Breakfast at their home, and a Christmas Hamper raffle. John was able to draw on the support of some of his former customers, with many local and national businesses donating prizes which were used in several raffles. But for them, one of the highlights was a concert of Brass Music, which was presented by one of their sons, a professional trumpet player, which was attended by several local dignitaries including the Mayor of Ashford, and the CEO of Young Lives Foundation, one of the local charities which has benefited from GMSN's support.

By the time they flew to Beijing, their target had been exceeded, a total of £7,000 having been raised, with the collective total coming to about £180,000, the most ever raised for Global's Make Some Noise for a single excursion. This helped the charity provide more than 92,000 hours of support to 15,000 disadvantaged young people.

John and Julie found the whole experience most rewarding; not only did they make new friendships with like-minded people, but they have been overwhelmed by the generosity of friends, family, work colleagues and total strangers, who have been prepared to give so much to help such a worthy cause.

Congratulations to Antony, Maxine, Linda and Ceri from our Ashford branch who took part in the Thanet Pilgrims Hospice colour run on 16/10/2016. So far they have raised £125 and the donations keep coming in https://www.justgiving.com/fundraising/TheATeamSandersons so well done Team Ashford 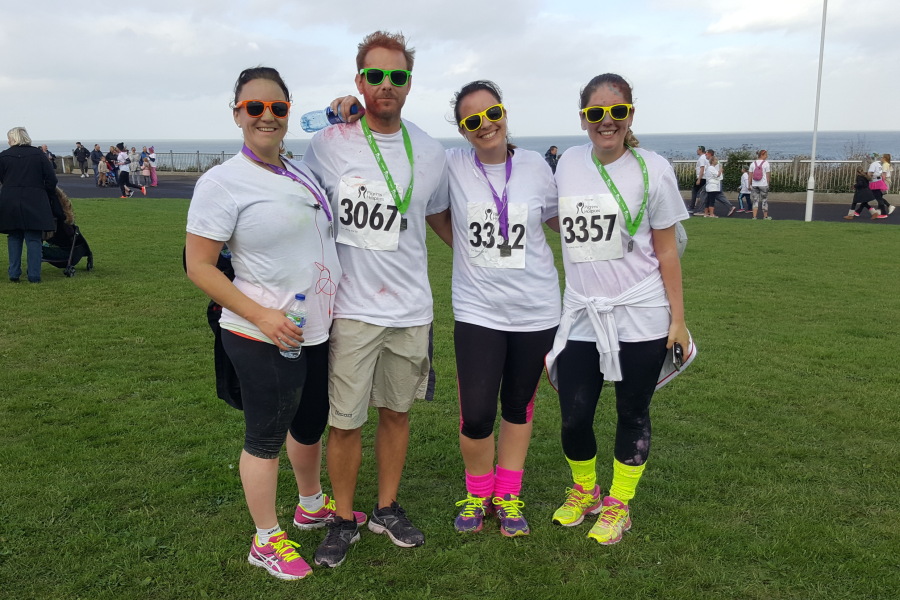 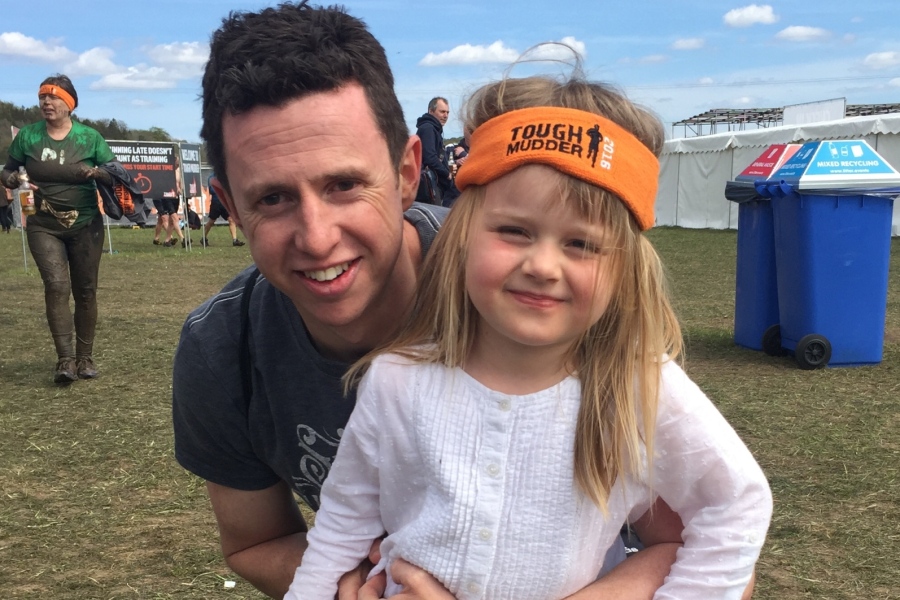 In 2010 our Canterbury Sales Manager Chris Murphy raised money for the British Heart Foundation by cycling 54 miles from London to Brighton. In May 2016 he also took part in a Tough Mudder event to raise money for Dancing Eye Syndrome Support Trust. This is a charity that has helped support and raise awareness of a very rare condition called Opsoclonus Myoclonus Syndrome (OMS), which his niece has been diagnosed with. Tough Mudder is challenging obstacle course set over 11 miles and he raised £2,321 for the charity.

In 2016, Maxine Radford from our Ashford branch applied to do the Lares trek in Peru ending at Machu Picchu for Coppafeel breast cancer charity through Fabulous magazine. The trip was for ten days but unfortunately they had filled all of the places and Maxine wasn't chosen....until two months before when they called and offered her a place as someone had dropped out. To take part in the challenge Maxine needed to raise a minimum of £3895 sponsorship which was a challenge in itself. She organised various fundraisers such as a cake sale, boot fair, BBQ with a tug of war competition and a quiz night where her partner had his chest waxed and a raffle with lots of prizes donated by local businesses. An old customer from Maxine's pub days also approached her to enquire if he and some friends could organise a separate quiz night with a raffle and an ice truck challenge for her. She was extremely touched by the gesture and the evening raised £540. Maxine was also lucky enough to receive sponsorship from local businesses, one of whom purchased her kit. On the 25th September Maxine started the journey to Peru with 27 complete strangers. From the minute they landed from the final flight in Cusco they had a packed itinerary. They spent a couple of days doing walking tours of the city and the surrounding areas to acclimatise then on day 3 they set off to the starting point at the hot springs. The first day of the trek was the hardest because of the altitude. Her oxygen levels were quite low and she struggled with sickness, headaches and shortness of breath. She started to panic that she wouldn’t last the next 4 days but the doctor gave her some tablets which enabled her to power through. Over the next few days she saw some amazing sights. They spent some time at a local primary school playing with the children and learning about their lives which was a real eye opener and really quite special. On day three they reached the highest point of the trek at 4600m and everyone's emotions got the better of them. They had all experienced their own difficulties and every member had a personal reason for being there. On day 4 they headed for Machu Picchu Mountain and had to climb right to the very top, past the ruins. The views were absolutely stunning and the whole group felt proud of what they had achieved over the last 4 days. They experienced an earthquake, snow, hail and thunderstorms (which resulted in they mountain getting hit by lightning) and on the last night camping temperatures reached their lowest of minus fourteen but she wouldn’t have changed a thing and made some friends for life. Well done Maxine for raising a total of £4930 for Coppafeel. 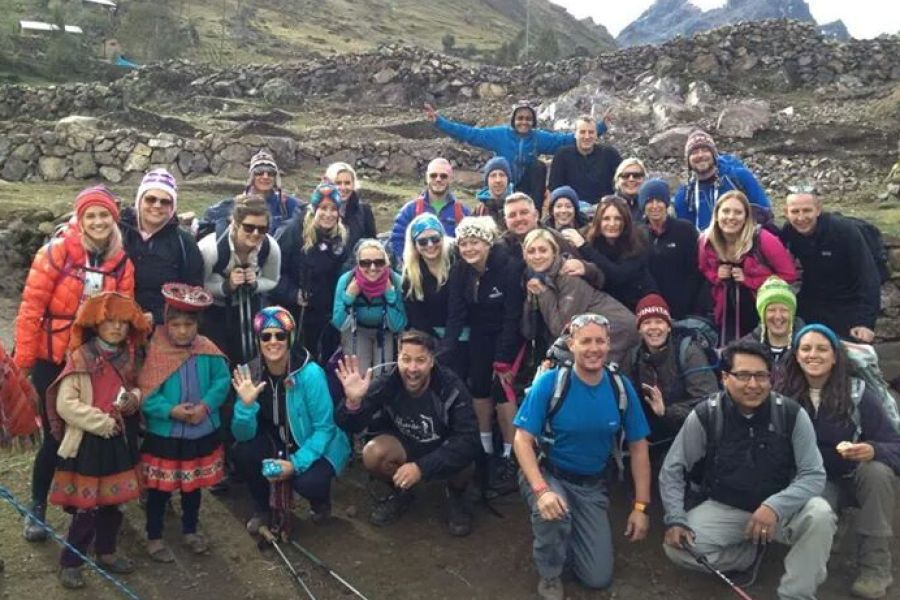 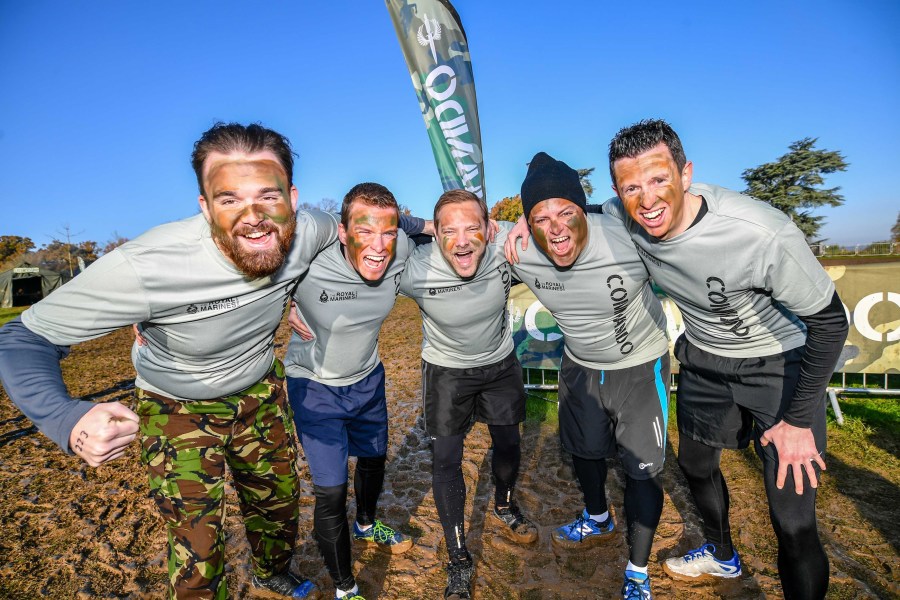 In November 2019 Chris Murphy, Antony Ludkins, Robin Cowley, Alex Budd and Mark Weller all decided to take on a challenging commando run to raise money for a Kent based charity. Mental Health Resource is a local charity who believe in improved mental wellbeing for everyone. They provide safe spaces and person-centred mental health support in Kent to help people improve their wellbeing.

Set in Hever Castle, the Sandersons team completed two laps of the course. A total of 12km and 48 obstacles that are set to recreate the mud, sweat and pain of modern day Royal Marines Commando training. Despite a few aches and pains the next morning, they all survived. Due to the fantastic support of friends, family and our loyal customers, they were able to exceed their fundraising target and raise £1,975. The team would like to thank everyone who donated and those who came along to watch and show their support.